[warning – this section contains a LOT of spoilers]

Pizzolungo isn’t Sicily’s most famous or historic village. Far from it. In fact, until the Time Sailors left port, it had only made the news once before, and that wasn’t for something very praiseworthy. But if you’re in northwestern Sicily and fancy a swim in balmy and translucent Mediterranean waters, you could do worse than Pizzolungo. You never know, you might even bump into a youngster with a great deal of seafaring experience under his or her belt, or a Botticelli original.

Florence is the capital of Italy’s Tuscany Region, which lies about half way between Rome and Venice. It’s a gorgeous city filled with Renaissance architecture, fine art museums, and delicious Italian food. If you have half the appetite of Mario, you’ll love picking up a fork in Florence. The Florentine people are friendly and courageous, which, knowing Lorenzo, should come as no surprise.

The flag of Florence, which adorned many a fine ship, looks like this: 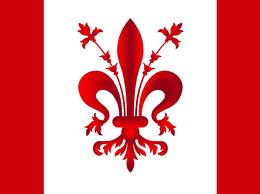 Gibraltar is also known by its nickname: the Rock. Indeed, it’s a giant rock just off the coast of southern Spain that overlooks the strategic Strait connecting the Atlantic Ocean to the Mediterranean Sea. Gibraltar belonged to Spain until early in the eighteenth century when it was ceded to England by the Treaty of Utrecht. Today it remains an integral part of Great Britain, much to the chagrin of the Spanish who perennially seek ways to get it back. On clear days, one can easily spot the Moroccan mountains in the distance. But come sundown, it isn’t hard to find a captain, or sometimes even an admiral, enjoying time off from sea at the local taberna. 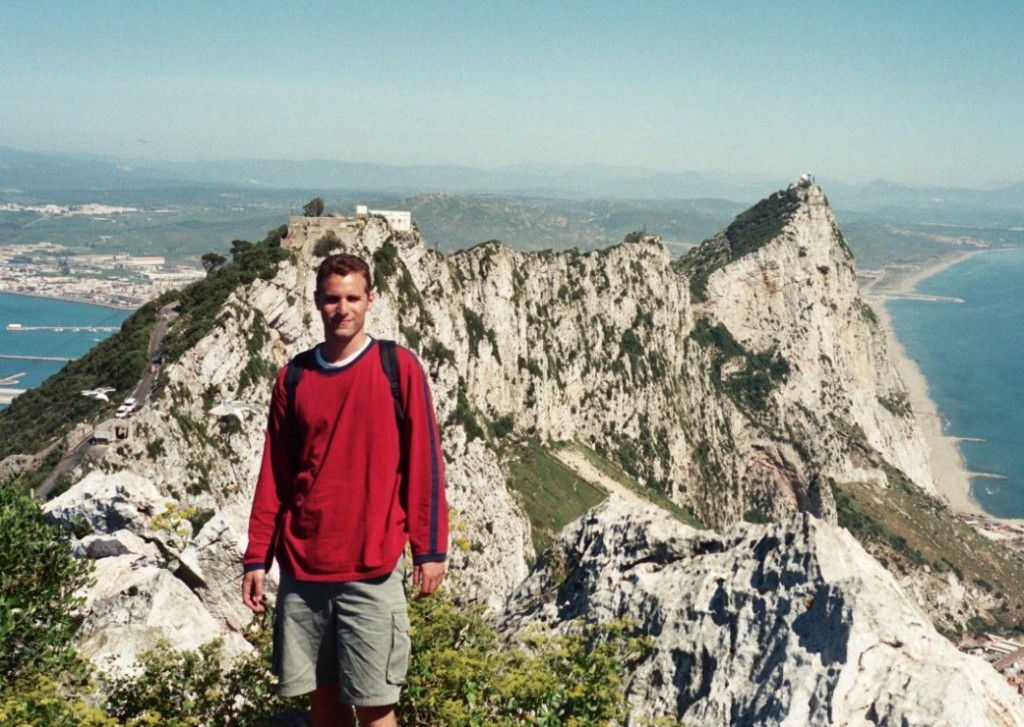 The Canary Islands have historically served as a strategic stop-over point for ships traveling between the Old and the New Worlds. Today they’re more often frequented by tourists who arrive by plane. Located off the Moroccan coast, the Canaries are Spain’s southernmost territory. 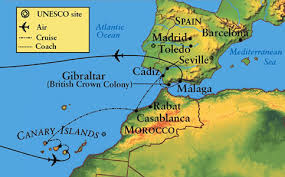 Mountainous, volcanic and beautiful, the archipelago is comprised of over a dozen islands. As Tony learned from Pablo Rodriguez Vasquez del Rey, the islands take their name from the Latin word for dogs: Canariae. Canary birds are named after the islands.

The volcanic island of Tenerife from above.

Tenerife is the largest and most populous island, and the location for many a pirate incident throughout history. If you ever visit, venture up in to the hills to speak with some of the elders. They might tell you about a famous shipwreck from 1497.

Malaga is the largest city on Spain’s southern coast. It’s the birthplace of the great artist Pablo Picasso and, in 1487, it became one of the final Moorish cities to be re-conquered by the Spanish crown. The liberation of the city was followed by a period of celebration, culminating in special gala a decade later. King Ferdinand and Queen Isabella presided over the ceremony, even if some important invitees were not able to attend. Jean Fleury in his older years

Jean Fleury was a famous French buccaneer who became wealthy by attacking and seizing ships that were returning to Europe from the newly-discovered Americas. He is best known for the capture of two Spanish galleons carrying Aztec treasure from Mexico to Spain in 1522. Fleury’s last few years, before he was tried, convicted and hanged by the Spanish for his crimes, are well documented by historians. What is less known is how the infamous pirate got his start as a young man operating a small ship in the western Mediterranean and in the waters off the Canary Islands. Rumor has it that to instill fear in his enemies he once used someone’s arm bone to stir his stew, although to date this has never been conclusively proven.

Sandro Botticelli is one of the world’s most renowned artists. Originally from Florence, Italy he was one of the leading painters of the early Renaissance period. Among his best known works are the Birth of Venus, Primavera, and Portrait of a Young Man. Controversy has long surrounded the Portrait of a Young Man, with leading art historians differing on where and when it was produced and who – in fact – the young man who posed for the painting was.

Vasco da Gama was a Portuguese sailor most celebrated for being the first European to reach India by sea. On July 8, 1497, da Gama led a fleet of four ships and a crew of 170 men from Lisbon, Portugal south into the Atlantic Ocean. Da Gama and his chief navigators, Pero de Alenquer and João de Coimbra, spent the next 11 months at sea en route to India. Prior to this historic voyage thousands of sailors had died in shipwrecks trying to navigate the route. This led many to speculate whether Da Gama was somehow aided by seafarers he met along the way who might have shared with him more reliable maps of the oceans he would go on to explore. Da Gama credited a large part of his success to his superstitions, for example always stepping onto the deck of a ship right foot first, and never carrying a live pig on board.

Christopher Columbus was a Genoese (Italian) explorer who, sailing on behalf of the Spanish Monarchs, became the first European to set foot in the Americas. He departed from Spain with the goal of finding a sea route across the Atlantic to Asia. When he docked in the Bahamas in 1492 he was convinced that he had reached East Asia, and went on to call the region the Indies, and the people Indians. Columbus made four voyages across the Ocean Sea, as he referred to it, and initiated the establishment of permanent settlements across what is now Latin America. His ships always stopped off in the Canary Islands on their way to and from the Americas. While there, he once narrowly escaped a pirate attack thanks to the warning he received from some young sailors. His favorite food was chicken. 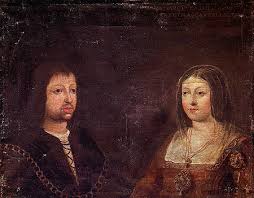 Ferdinand & Isabella jointly ruled Spain during its period of consolidation in the late 15th century. They are best known for expelling the Moors, reuniting the country, the Spanish Inquisition, and backing Christopher Columbus’s famous voyage across the Atlantic. Ruling from the city of Toledo, just south of today’s capital Madrid, their reign positioned Spain to become the most powerful country on earth for the next 150 years. Queen Isabella enjoyed the spoken word, especially when coming from her mouth. She is said to have once recounted a story about how she (and her daughter) cared for a foreign boy who had been left to die out at sea.

Catherine often had a solemn look to her, especially after Enzo set sail from Malaga.

Catherine of Aragon was the sixth child of Ferdinand and Isabella. She was first married to Prince Arthur of England, but he died shortly thereafter. She was then appointed Span’s Ambassador to England, becoming the first female ambassador in European history. In 1509 she was re-married to Henry VIII (the first of his 6 wives). When Henry divorced Catherine in 1533 it set in motion the events which led to England’s schism with the Catholic Church. Henry was dissatisfied that Catherine had not borne him a son to inherit the throne. As a member of the Spanish Royal Family, Catherine was always destined to be married to a foreign monarch. Still, until her later years in life, she frequently thought back to her childhood chance encounter with a young seafarer and imagined ‘what if’.

The Galleon was an ocean going ship type which evolved from the Carrack in the second half of the 16th century. A lowering of the forecastle and elongation of the hull gave Galleons an unprecedented level of stability in the water, and reduced wind resistance at the front, leading to a faster, more maneuverable vessel. The Grande Infante closely resembled a Galleon, even if it was built during a different era. It was also the only know Galleon to feature an inflecto device.

The Caravel was a small, highly maneuverable sailing ship originally developed in the 15th century by the Portuguese to explore the West African coast and the Atlantic Ocean. Their triangular lateen sails gave them speed and the capacity for sailing windward.  Vasco da Gama sailed on Caravels en route to India, and all of the ships Columbus used for his initial journey across the Atlantic (the Santa Maria, the Pinta and the Niña) were Caravels, or their larger cousins, Carracks. Jean Fleury, the infamous French pirate, terrorized the high seas from his dilapidated Caravel. 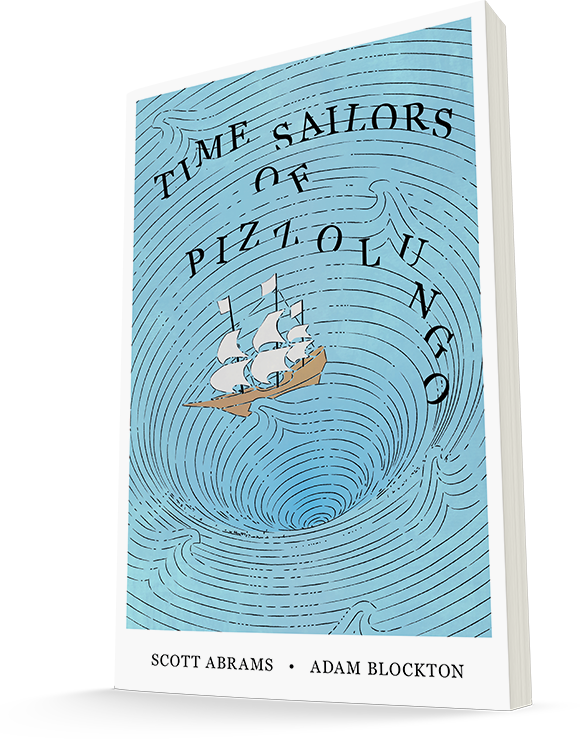